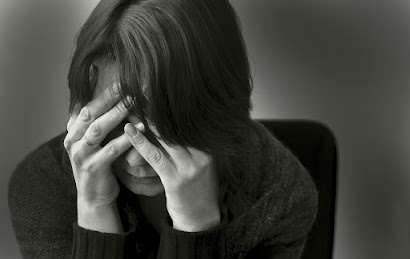 First we need to understand what depression is. What are the causes, symptoms, and then we talk about its treatments. There are some hidden signs of depression that are worth knowing about. Some of these signs may not look like they are symptoms of depression; they might seem like something else. Maybe you aren’t 100% sure what to look out for when it comes to low mood and depression?

Depression is a mental health disorder (a type of mood disorder) characterized by persistently depressed or low mood or a complete loss of interest in activities causing significant impairment in daily activities.

Most of us will experience feelings of sadness in our lives. Feeling negative about life is a normal part because we all face situations like unemployment, divorce, excessive stress during work, etc. Depression is a mental health condition that can affect your overall well-being, including your physical health.

According to The Diagnostic and Statistical Manual of Mental Disorders, Fifth Edition (DSM – V), currently there are 9 distinct types of depression.

Major depression is the most common type of depression. in this type you feel depressed most of the time for most days of the week. Thought of suicide, feeling guilty, loss of interest in your activities these are some causes of major depression.

Persistent depressive disorder is also dysthymia. It is characterized by a persistent low mood occurring for at least two years or more. Sadness, lack of interest, guilt, anger, insomnia these are the symptoms of dysthymia.

The most common mental health concerns are related to depression. These are often experienced as complex disorders that include both mental and physical symptoms and challenges functioning in everyday life. Symptoms of depression are as follows.

Ø Feelings of guilt and worthlessness

Ø Loss of interest in pleasurable activities

In medical science there are lots of therapies, medication, and medical procedure available for depression; but we are taking about some natural way to tackle depression, like “yoga” and “Meditation”. Can “yoga” really help with depression the answer is yes?

For many years now, yoga has been studied as a potential treatment for depression. Numerous studies have been conducted, and the results have overwhelmingly supported yoga for depression symptom relief. Currently, yoga is considered a valuable complementary approach. This means it hasn’t been proven to be a replacement for traditional treatments (such as medication and therapy), but it’s recommended as an adjunct.

Yoga’s Powerful Recipe for Depression Relief .Beyond medication and therapy, research shows a number of lifestyle adjustments and activities can prevent and/or alleviate depression.

The 3 gunas that help us to get out into depression

The three gunas are energy states that each supports certain aspects of our life. When these energies are in balance and being accessed when they’re most useful and healthy, you feel great. You’re in harmony. But, when they’re out of balance, you feel disturbed in telltale ways.

The sattvic state is the goal of yoga. It’s the fundamental force that brings about clarity, truth, peace, contentment, and life-affirming joy. Yoga helps us access sattva energy, which is a big reason why yoga is so good for depression.

The rajasic state is one of activity, movement, and exertion of one’s will, passion, and desire. It’s a force of change. When balanced, rajas is useful for accomplishing our goals, doing the work we need to do to sustain life, and having the motivation to exert force in a new or different direction to affect change.

Tamas is the energy of rest and inaction. You can think of it like your parasympathetic nervous system, the part of your nervous system that calms you down and enables you to relax and sleep. Obviously, we need this force to slow down, stop, and restore ourselves.
Posted by Rohan Patil at 7:33 PM